SALE ALERT 🚨 my @madewell jeans are 40% off now

Struggling With Toddler Tantrums During Bedtime

There are so many families dealing with toddler tantrums during bedtime, but that wasn’t the case for me — at least it wasn’t a few months back. Olivia has been sleeping in her own room since she was about 6 months and Ava since she was 3 months old.

Ava did deal with a bad case of colic for months after she was born but around 1 year, she was going down for bedtime like a champ. Olivia has always been really good at going down for bed — no fights, no fuss.

We managed to get into a routine early on and it has worked wonders for both girls during bedtime. Their bedtimes are later than most young kids, but that is because of our home schedule.

Both girls go down around 9pm and wake around 7 in the morning. Ava will occasionally start to stir around 3 or 4am so we usually give her a bottle and she’ll go back to sleep.

Most weeknights, we get home from the gym around 7:30 and eat dinner and are done around 8:30pm. As soon as we’re done, we give the girls a bath, then into their jammies and usually a couple of minutes of play with Dad while I get ready for bed.

I’ve read many articles suggesting that you use the time right before bed to wind down by either reading a book or singing them a song, but my girls sleep better after some strenuous playtime, get them really tired — tag is our game of choice.

Then they both brush their teeth and off to bed. Olivia is super easy because she knows the routine. She’ll grab a couple of stuffed animals and into bed she goes.

Just don’t forget to turn on her little night light, close the closet door and leave the hallway light on and she’s good to go.

Ava on the other hand does require a bottle of milk to go down. She grew into the routine pretty quickly.

Josh usually puts her down and he’ll tell her, “goodnight mama,” and she’ll run over with the biggest grin and give me a big ‘ole hug and kiss. I absolutely melt every night! Then she’ll grab her bottle and off to bed.

The Change In Routine

For the past month or so, Ava has made a turn for the worst. She’ll still come and say goodnight and give me a kiss, then she’ll run to her dad so he can put her in the crib. But now, as soon as he shuts her door, she starts to scream at the top of her lungs.

We’ve let her cry for a good 5 minutes before it’s just unbearable and we go in to scoop her up.

It’s almost as if — as she gets older and more attentive — she starts to get a bad case of FOMO (Fear Of Missing Out.) Josh will take her back downstairs and just sit in front of the TV and she’ll just sit there, quietly and 5 minutes later she’s out. We are so confused — obviously she’s exhausted.

The 3am wake ups have also gotten really bad. Before we would just make a bottle and hand it to her and she would go back to sleep.

But now, she will not even take the bottle. She’ll actually just throw it back, and in an effort to keep her quiet, we have to get her out of the crib and sleep on the floor. Josh and I take turns but it is a killer on my back. Josh doesn’t mind the hard sleeping surface, but it’s torture for me.

It has been going on for a couple of months. It’s my nightly routine — so much so that we’re already thinking of converting her crib into a bed.

I’ve also been on the hunt for essential oils to help soothe her at night. I found these on Amazon that may help with calming and inducing sleep. I also came across this blog that had some helpful tips. One I had never heard about is a red night light. There are clinical studies that show that red light help you sleep better. I’ve heard that blue light emitted by our electronic devices at night make it harder to get into sleep mode, so naturally I would thing this made sense. I’ve ordered this light and will report the results to you.

If you have any other suggestions, I’d love to hear them. Hope you have a great week! 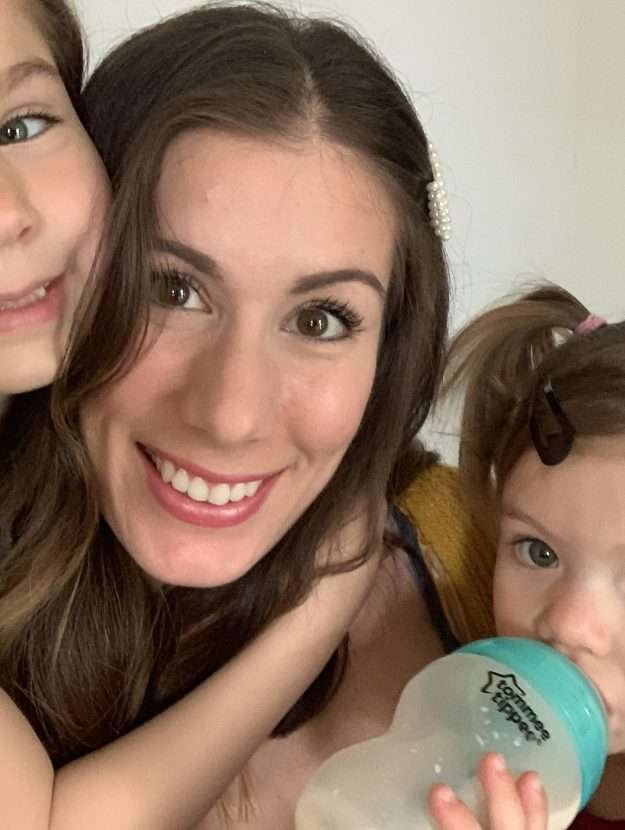 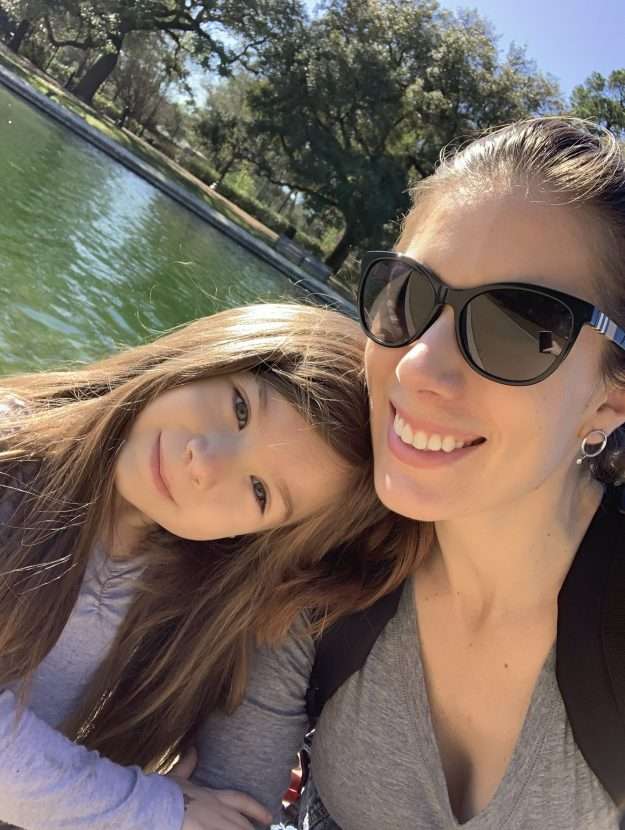 SALE ALERT 🚨 my @madewell jeans are 40% off now